Today (April 8th, 2014 until 8:00 PM ET) we are giving away one signed copy of Maggie Shipstead’s novel Astonish Me. To enter the giveaway, see the bottom of this post. Click here for full information about this individual giveaway and the 23 other books participating in the OMG! All The Books! Giveaway through May 8th.

About Today’s Book: Astonish Me

“Dazzling . . . Maggie Shipstead’s thrilling second book, Astonish Me, is an homage to, and exposé of, the exhilarating, punishing world of ballet; it’s also a searing rumination on insecurity, secrecy, and friendship . . . Shipstead nails the details of being perpetually en pointe: the adrenaline rush after a performance, the intimate atmosphere of the dressing room, the nagging feelings of inadequacy, the erotically charged and emotionally cruel competitiveness, and the inability to shake perfectionism long after retirement. Like a brilliant choreographer, she has masterminded a breathtaking work of art.”
—O Magazine 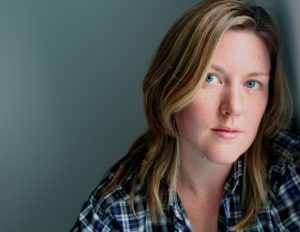 A Short Q & A with Maggie Shipstead

My book is called Astonish Me after a famously lofty command (“Étonnez moi!”) issued by Sergei Diaghilev, the impresario of the Ballets Russes, to Jean Cocteau and the rest of the dancers and artists in the company when they were making a new ballet. There are times in the book when the dancer characters are astonished by the artistry of others, and for me, that experience of being undone by the beauty of what someone else has created (a book, a poem, a dance, a painting, a piece of music) is really one of the great pleasures of being alive. There’s something, too, in the title about how even the people we know best remain, to some essential degree, mysterious to us.

I’m not a dancer, but I’ve always loved ballet. Back in 2010, I wrote a short story about a disappointed ballet dancer and her academically gifted son and their conflicts with their next-door neighbors. It jumped through twenty years in short sections and didn’t really work. I liked writing about dance, though, and as I tinkered with revising the story, it seemed to want to expand. Once I came up with the idea to introduce the character of Arslan Rusakov, a Soviet defector and ballet superstar, the larger shape became clear. Part of what I love about watching the long-form classical ballets is having the chance to be breathlessly caught up in and carried along by the swell of the drama. This novel is meant to pay tribute to that feeling.

Astonish Me covers about thirty years but has a fragmented chronology that loops around to fill in missing pieces of information as needed. I like the airiness of the structure, and I liked how writing it felt like assembling something piece by piece.

I’m lucky enough to have two friends in this giveaway: Courtney Maum and Ted Thompson. In the winter of 2012, I was doing an artist residency in Paris and had just published a story in Tin House at the same time Courtney had written a humor piece for Tin House that I read and thought was hilarious. When I looked her up on Twitter, I figured out she also happened to be in Paris (she lived there for years; her husband is French), and so I sent her some sort of friendship-overture-social-media-message, using the Tin House connection to make myself seem like less of a random weirdo. It worked! She’s my friend now! As for Ted, we overlapped in grad school but didn’t really know each other, which in retrospect is sad. Then we were at Bread Loaf together two summers ago, which breeds friendship like summer camp does, and we became friends. (Oddly, Courtney was also at Bread Loaf then, but we didn’t meet.) I loved—and blurbed—both Courtney and Ted’s debut novels, and I picked a short story of Ted’s for Electric Literature’s Recommended Reading series that should be online soon. The story, naturally, was originally published in Tin House.

Maggie Shipstead is a graduate of the Iowa Writers’ Workshop and a former Wallace Stegner fellow at Stanford. Seating Arrangements, her first novel, was a national bestseller and won the Dylan Thomas Prize and the L.A. Times Book Prize for First Fiction. Her writing has appeared in many publications including the New York Times, the Washington Post, the Guardian, The New Republic, Tin House, VQR, and The Best American Short Stories. You can find her on her website, Facebook, Twitter and Instagram.

One winner will win one signed copy of Maggie Shipstead’s novel Astonish Me. Limit one entry per IP address. No purchase necessary. Open to legal residents of the United States, who are the age of 18 or older. Deadline for entry is 8:00 P.M. ET on April 8, 2014. Read the complete rules.