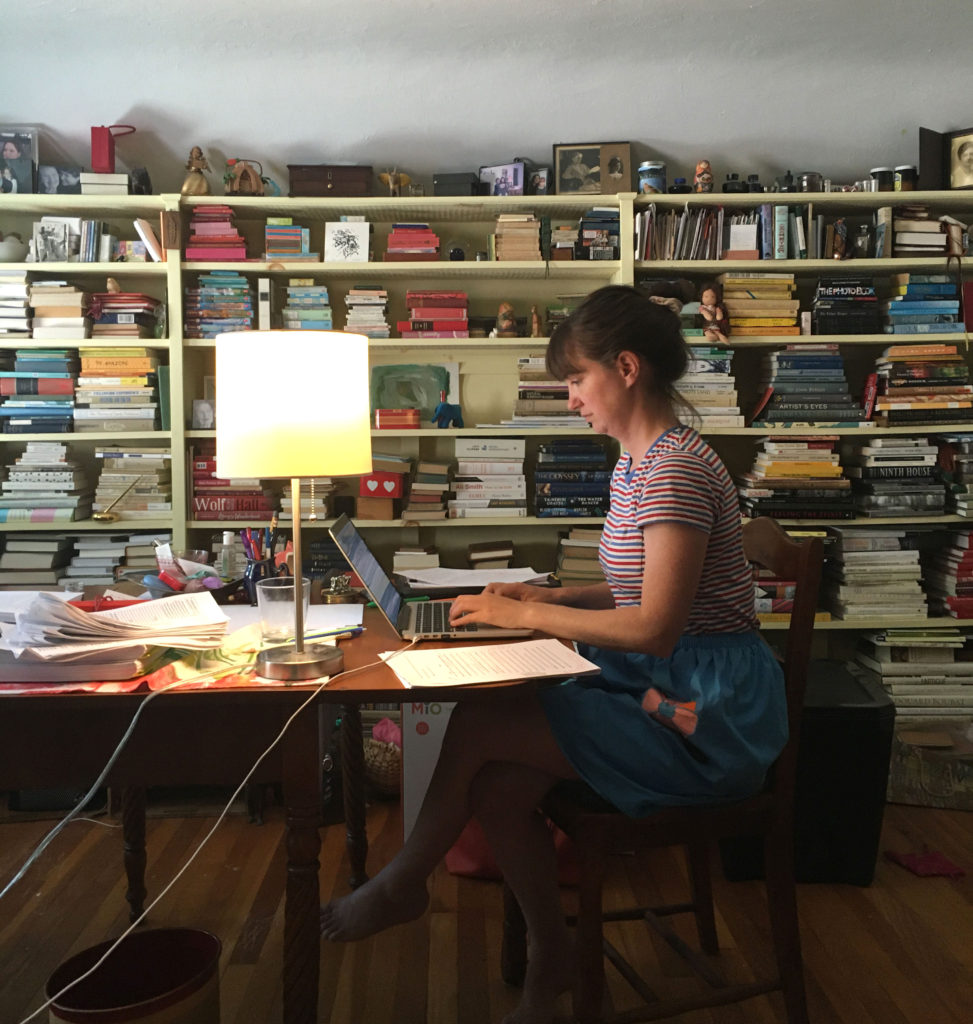 My most recent novel, Fierce Little Thing, is about a group of friends who grew up together on a back-to-the-land commune in rural Maine. Although they were from different walks of life, they found identity and safety on the land, and when their lifestyle was threatened, they were willing to do anything to save it. Now in their middle age and scattered to the wind, they’re separately haunted by the horrific crime they committed in the name of preserving what they loved. But when threatening letters urge them back to Maine, they are forced back into each other’s lives. How far are they willing to go to keep their secret forever?

Based on the place where my husband spent his childhood summers, this novel draws so much on the strength of my friendships with a group of people I’ve known since I was ten (except, it should be said, we never committed the aforementioned crime!). The strengths of those bonds are so strong that I still dream about those friends on a regular basis. When I started scheming Fierce Little Thing, I knew I wanted to explore those deep feelings of loyalty and solidarity that come with adolescence, and create a juicy read with lots of twists and turns about what it means to grow up and reckon with our past choices.

Now that I think of it, friendship is also a central aspect of my work– and this comes directly from my experiences in the world. 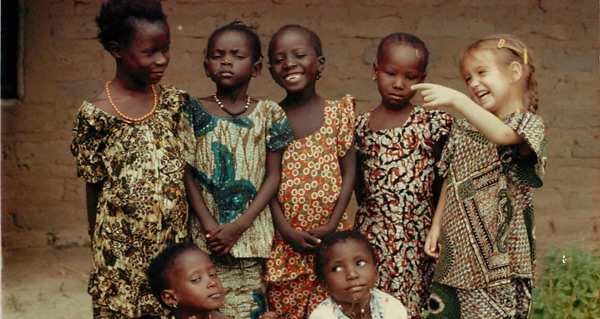 My earliest memories are of splashing with other babies in Senegal’s Casamance river, where my parents were conducting ethnographic fieldwork. I loved our life with the Mandinko; our move to rural Vermont, where I started first grade, brought a wave of culture shock.

Vermont was beautiful (and would become home), but at first, my difference felt scorching. Here’s an example: back in Senegal, my parents had played up Halloween as a big sell for life in the US. But something got lost in translation—I was so obsessed with the idea of being anything I wanted (and so hungry for green vegetables) that I insisted on being a tossed salad. You can imagine how well that sealed my popularity with the Strawberry Shortcake set.

Adolescence would have been miserable had I not discovered theater people– who dressed up as unusual characters all the time, and adored Shakespeare, and generally understood that our strangeness was the best of us. Did I know that I wanted to be a writer then? Not exactly. But I knew I loved inhabiting stories, and language, and that was certainly the beginning.

I went to Vassar. I fell in love. I decided to become an English major. I wrote an (as yet unpublished) novel in verse about my childhood in Senegal. I started making photographs. I moved to New York, and got my first job helping to curate the esteemed reading series at the Unterberg Poetry Center at the 92nd Street Y. Meeting and working with writers every day made me realize I wanted to live inside stories every day. And so I wrote a novel, The Effects of Light.

Based in some part on my own experience being photographed by two fine arts photographers, Jock Sturges and Mona Kuhn, I started The Effects of Light to answer the question most Americans seemed to ask when I explained this photographic work to them—would I still love it if an innocent died because that work had been made? The novel was published in 2005.

Next, I wrote Set Me Free, based, in part on the time I spent on the Crow reservation of Montana in high school, the legacy of my countercultural parents, and the complications of their generation of liberal do-gooders. The book was also an homage to my theater school-aged days and based on “The Tempest.” It was published in 2007.

After that, I made my most favorite thing ever—a pretty great kid. The era of this pretty great kid has been marked by all sorts of making and collaboration—notably with my sister, filmmaker Kai Beverly-Whittemore, with whom I co-wrote and co-produced a short film adaptation of The Effects of Light called Camera Obscura, starring Mary-Lynn Rajskub. And that’s when I wrote my third novel, Bittersweet. 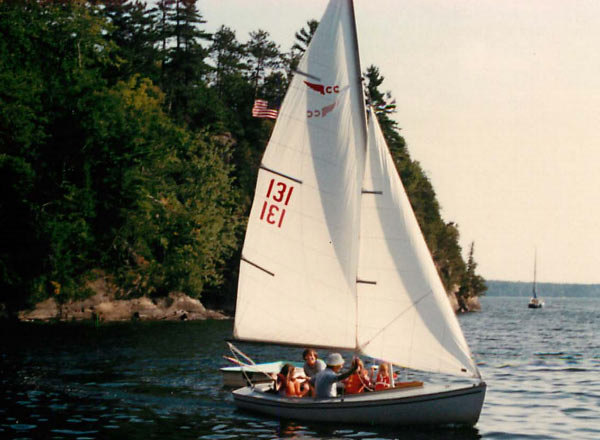 Bittersweet is set at the home on Lake Champlain in Vermont, where I moved after Senegal. But that’s where the resemblance to life ends—the place, renamed Winloch for the book—is, in my imagination, inhabited by bad people. But the main character of the novel, Mabel, who has been looking for a place that can be hers, believes them at first to be good people, and that schism is what makes it a juicy read. I wrote Bittersweet for people like me, who love The Secret History and The Emperor’s Children; it’s a literary beach read, and I’m proud to say it hit the New York Times bestseller list.

My fourth novel, June, is set in a fictionalized version of the small Ohio town where my maternal grandmother grew up at the beginning of the twentieth century. I imagined what it would have been like for that sleepy town if Hollywood came to shoot there in the mid-fifties, and the repercussions of a matinee idol falling for a small-town girl for their respective descendants, sixty years later. It was a pleasure to write a love letter to a place relatively untouched by time, an America that seems to be disappearing.

Now that I’m a mother (of two) and a writer (of five), I know a little more than many of my characters do about where I belong in the world. 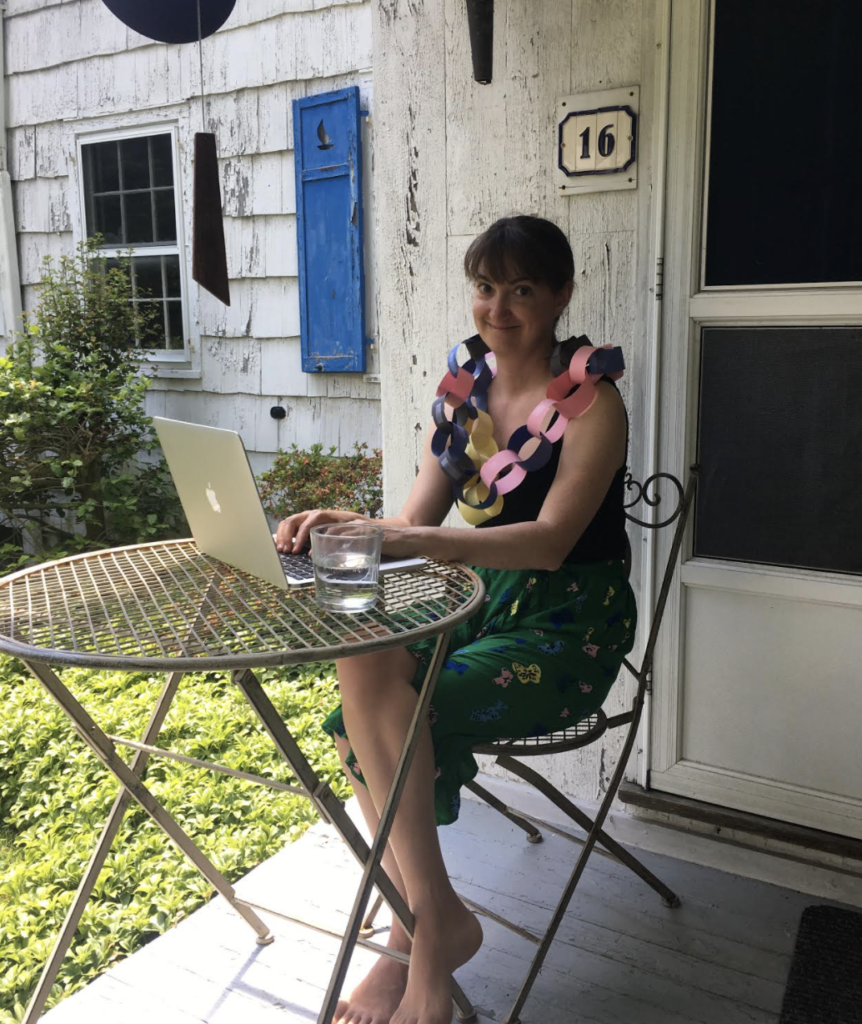 But I still love the adventure of not knowing what comes next, whether in life or art-making, and that’s what keeps me writing. 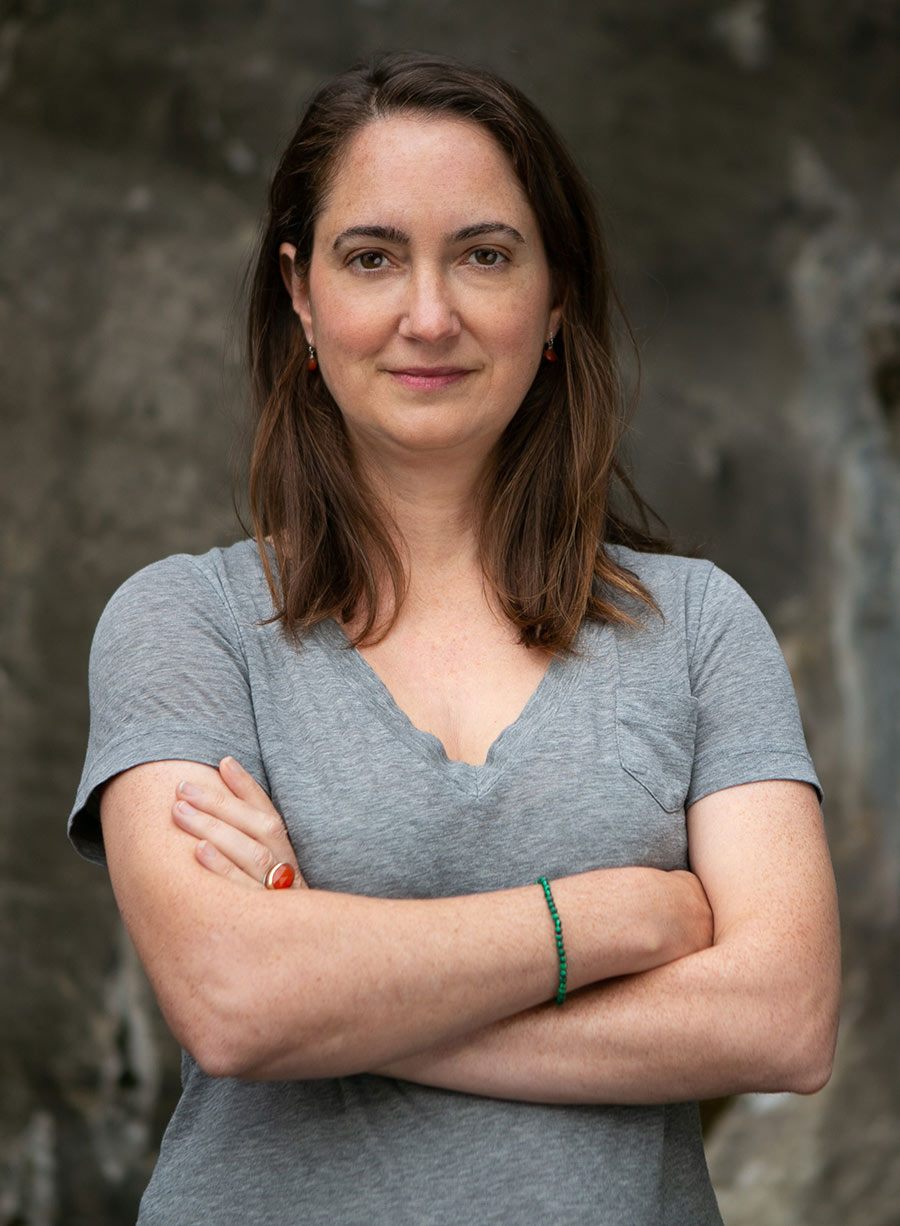