Today (April 22nd, 2014 until 8:00 PM ET) we are giving away one signed copy of Edan Lepucki’s novel California. To enter the giveaway, see the bottom of this post. Click here for full information about this individual giveaway and the 23 other books participating in the OMG! All The Books! Giveaway through May 8th.

“In her arresting debut novel, Edan Lepucki conjures a lush, intricate, deeply disturbing vision of the future, then masterfully exploits its dramatic possibilities.” —Jennifer Egan, author of A Visit from the Goon Squad

The world Cal and Frida have always known is gone, and they’ve left the crumbling city of Los Angeles far behind them. They now live in a shack in the wilderness, working side-by-side to make their days tolerable in the face of hardship and isolation. Mourning a past they can’t reclaim, they seek solace in each other. But the tentative existence they’ve built for themselves is thrown into doubt when Frida finds out she’s pregnant.

Terrified of the unknown and unsure of their ability to raise a child alone, Cal and Frida set out for the nearest settlement, a guarded and paranoid community with dark secrets. These people can offer them security, but Cal and Frida soon realize this community poses dangers of its own. In this unfamiliar world, where everything and everyone can be perceived as a threat, the couple must quickly decide whom to trust.

A gripping and provocative debut novel by a stunning new talent, California imagines a frighteningly realistic near future, in which clashes between mankind’s dark nature and deep-seated resilience force us to question how far we will go to protect the ones we love. 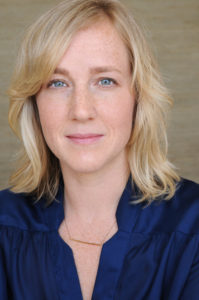 A Short Q & A With Edan Lepucki

I have wanted to be a writer for as long as I can remember.  I loved books and reading from an early age, and even before I actually wrote I assumed I’d become a writer.

I started this book at Ucross, an artists’ retreat in Wyoming.  As deer pranced outside my window I set down a line, and then another and another. In ten days I had over 40 pages—I am still stunned by how much I wrote in such a short time. By the time I got home this book was already alive and talking to me, insisting I keep writing.  I guess it was never not a beast.

Honestly, I am proud of the world building in this book—because it wasn’t easy and there were times when I just wanted to throw the whole manuscript out the window and forget I’d ever tried to “speculate” a future.  In the name of fiction, I ruined Los Angeles, created a terrorist organization, and even let Ikea go out of business.  I’m proud of my imagination.

I don’t tend to write autobiographically but there are certainly elements in California that echo my own life.  For instance, Cal and Frida’s marriage—its beauty and its challenges—was in a small part inspired by my own marriage. The relationships are not the same, but real life inspired me to write this fictional one.  Also, Plank College, the school that Cal attended, is based in part on an all-male liberal arts college called Deep Springs, but many of the details come from my experience at Oberlin, where I got my undergraduate degree.  There are a ton of little things in the book that come from my life; I think of them as little secret nuggets for my friends and family to find!

One of my oldest writing friends, Emma Straub, is also participating in this giveaway. Her second novel, The Vacationers, is a lovely, funny, moving and seriously readable book about a family on vacation in Mallorca.  Read it!  Emma and I went to college together. We were in Dan Chaon’s nonfiction workshop, and we went to parties together, drank together, and generally had a fabulous time together.  Once she helped an art major friend put fake tanner on my naked body for a photo shoot. It was…intimate. Since Emma has already gone through this novel-thing once with her amazing and elegantly told book Laura Lamont’s Life in Pictures, I email her with all kinds of stupid questions.  She is a wise, wise woman.

Joanna Rakoff is also a friend, but I started as a fan. I fell in love with her novel, A Fortunate Age, and interviewed her for The Millions. We drank Lillet cocktails and talked about books—the best. At AWP this year we hung out a lot—it feels like we’ve known each other for decades.  I loved her memoir, A Salinger Year: it’s fun to read and very moving. She really captures the era (New York in the 1990s) and one’s twenties, so beautifully.

Caeli Wolfson Widger teaches for Writing Workshops Los Angeles. Her students love her and I feel very grateful to have her on our roster of instructors. I am waiting for my special order of her novel, Real Happy Family, to arrive at the bookstore so I can devour it! I know I’ll love it.

If I weren’t a writer or writing teacher, I’d probably become a fitness instructor, an accountant, or a midwife.  Or, of course, a world famous pop star.  Or maybe all of the above.

Edan Lepucki is a staff writer for The Millions and the author of the novella If You’re Not Yet Like Me. The LA Times named her a 2014 Face to Watch, and she’s the founder and director of Writing Workshops Los Angeles. California is her first novel. You can find her on her website, Twitter, and Tumblr.

“Edan” is an anagram for “Edna,” Lepucki’s grandmother’s name – read about it here. Were you named after someone? If not, what is your favorite name in literature (Lepucki’s is “Levin” in Anna Karenina)?

One winner will win one signed copy of Edan Lepucki’s novel California. Limit one entry per IP address. No purchase necessary. Open to legal residents of the United States, who are the age of 18 or older. Deadline for entry is 8:00 P.M. ET on April 22nd, 2014. Read the complete rules.